Home is where the art is for Ian Strange, the Australian multi-hyphenate whose work has found a fan in Virgil Abloh 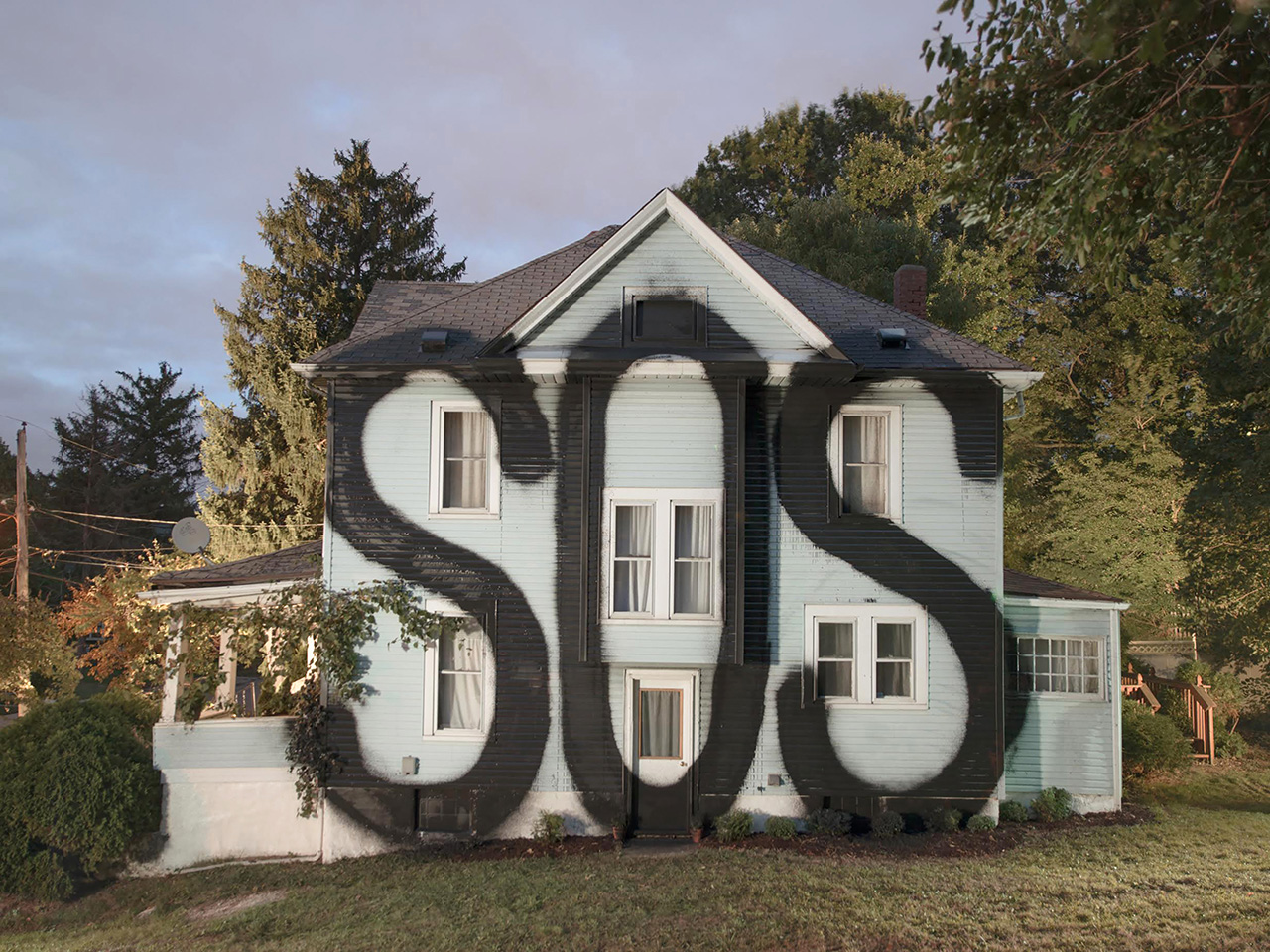 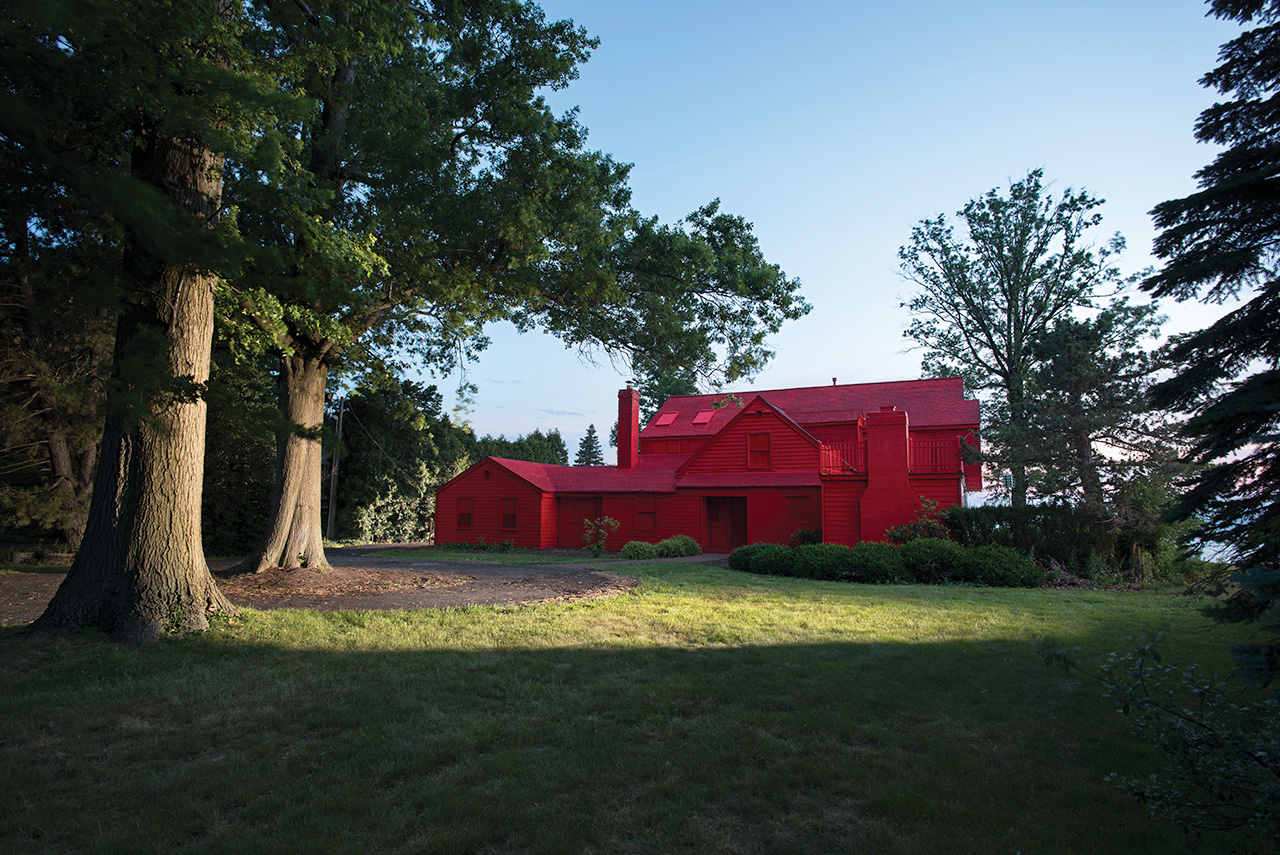 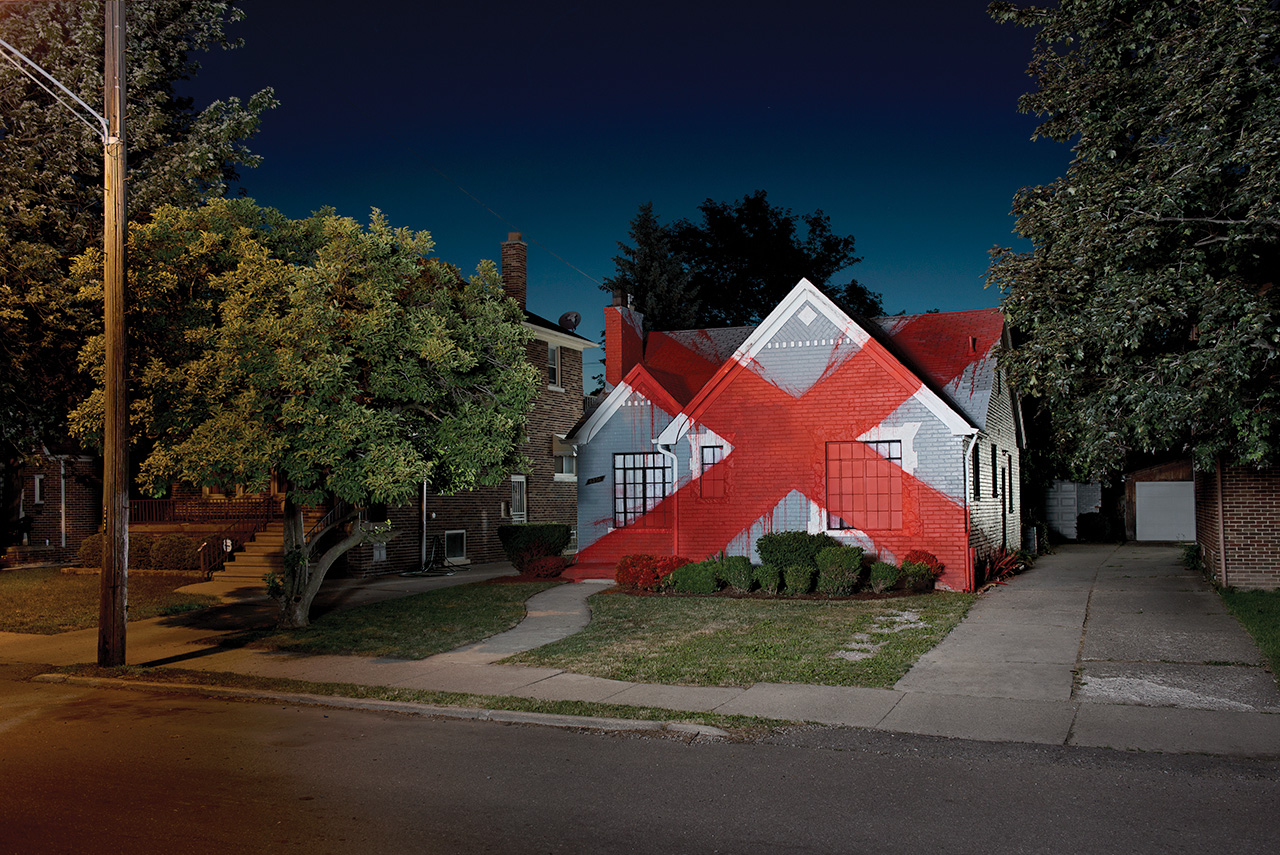 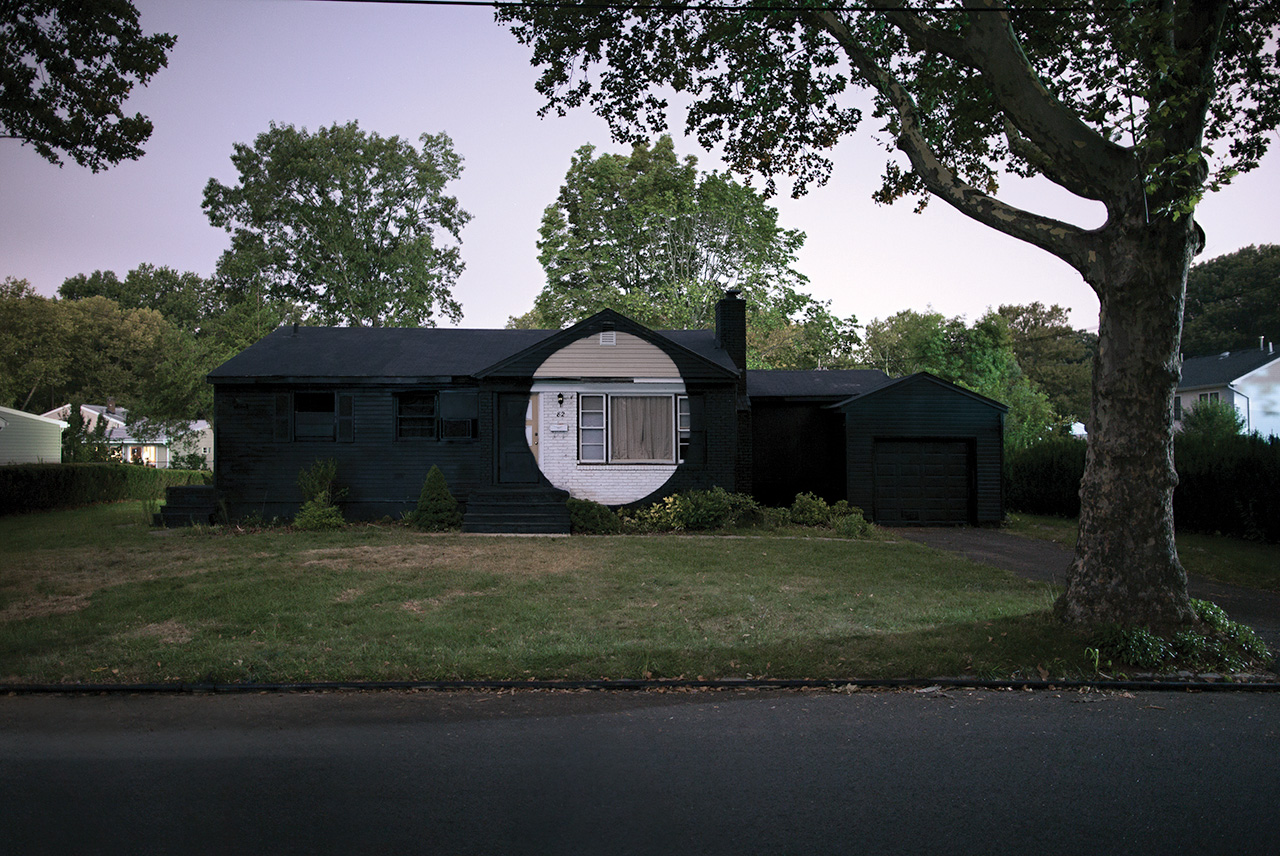 The great irony of his life at the moment is not easily lost on Ian Strange. While the multidisciplinary Australian artist creates work that deconstructs the universal idea of ‘the home’, what that concept means in a very real sense has become less clear the further along he progresses. For Strange, there is no place like home – quite literally.

“I make this work about home and I don’t think of my parents’ home in Perth as my home anymore,” Strange tells GRAZIA over the phone, speaking from that same home in the remote city where he was born and raised. “My apartment in New York I’ve had forever, but it’s an apartment in New York – it’s not anything particularly sexy, it’s a room,” he continues, pausing briefly before arriving at what, for many, would be a destabilising realisation. “I wouldn’t say I really have a permanent sense of home.”

Strange’s life is incredibly transient at the moment, which certainly doesn’t help the matter. Though he retains a studio and an apartment in Brooklyn, New York, where he’s based, a number of larger projects that have come to fruition within the space of the last year have meant that it’s now viable for him to put down roots at a studio in Melbourne. One of those projects is being undertaken with the contemporary dance company, Chunky Move, and the Dutch choreographer, Anouk Van Dijk, that is slated for release in 2019. Strange says the work-in-progress has been extrapolated from how concepts of identity intersect with architecture and the body (he is, he warns, by no measure a dancer himself). A second work in development has seen the artist collaborate with Madman Films on a documentary exploring the plight of ‘holdout homeowners’ around the world, a term given to people who refuse to vacate their properties at great personal risk. Imagine, on one hand, characters in the great tradition of films like Up, or The Castle – people staunchly holding out against development – right through to those being subject to government pressure or facing fallout from manmade and environmental disasters or conflict zones, as in Fukushima, Chernobyl, Palestine or Syria. The project has given Strange the scope to broaden the idea of ‘home’ that drives much of his work, and to expand his parameters of thought to include those perspectives found outside ‘the home’ as a strictly Western construct. It’s also forcing him to pivot away from what he describes as a “guerrilla style” of making toward a way of working that requires he wade through more than his fair share of red tape. But even paperwork, the artist says, can be just as much a creative exercise as creating and documenting the facets of his eery, site-specific interventions.

A lifelong painter, Strange first trained in film and photography and dabbled in street art before, in 2009 at age 26, he decamped to Sydney. The following year he left for New York where, to hear him tell it, things started happening “pretty quickly”. It was there that he held his first group exhibition, and perhaps more importantly, realised that all those variegated creative interests could co-exist as part of a hybridised art practice. Now 35-years-old, Strange has made exploring ‘the home’, as well as ideas of space, architecture and urban environments more broadly, his life’s work. His professional interest in home-making and house hunting has been a gradual one – the various strands of each project he has undertaken to date invariably weave their way from one into the next. Strange found success first as a painter in the States, but “something about [the medium] felt inauthentic” to his newfound context. What it did give him, however, was a platform to begin experimenting with different formats – structures that presented themselves once he gained the kind of perspective that only leaving one home for another can beget.

For Strange, it was the physical act of distancing himself from his first home that lead to a more rigorous interrogation of his personal history, which in turn lead to the installation Home at the Turbine Hall in Sydney Harbour’s Cockatoo Island in 2011. Home was a full-scale replica of the artist’s childhood home, rebuilt from his early adolescent memories, positioned alongside three Holden Commodore Cars that the artist set aflame. From a deeply personal investigation into the concept of home as it exists at the intersection of architecture and suburbia, Strange’s work has since developed to a point where he figures less prominently within each intervention – indicative, perhaps, of the gradual shift away from any personal attachment to his idea of a ‘home’ being contingent on time and place, brick and mortar.

Aside from the preparatory studio work that he completes alone in either New York or Melbourne, the remainder of Strange’s practice is highly collaborative, requiring that he cultivate various networks around him in order to realise the scope of his vision. To make those large-scale works, however, requires that he first leave the cities where any semblance of a recognisable home remains. “A lot of what I do now is working in communities and building [them] around me to make projects,” says Strange, inadvertently skating close to ‘home is not a place, it’s a feeling’ territory. To date, the artist’s ongoing architectural interventions – site specific works that have seen the artist obfuscate, destroy, dissect and illuminate pre-existing domestic houses – have been staged in the States, Poland, New Zealand, Australia and Japan. Between 2011 and 2013, Strange worked with a film crew and volunteers in Ohio, Detroit, Alabama, New Jersey, New York and New Hampshire to create, photograph and film seven site specific interventions that incorporated otherwise unremarkable suburban homes. The resulting body of work, Suburban, premiered in a solo exhibition at the National Gallery of Victoria in 2013.

“At the beginning, it was really difficult to explain to people what we wanted to do,” Strange recalls of those earliest interventions, which saw one house painted blood red; another coated entirely in black paint save for a perfect circle left untouched on its façade; and another still burned entirely to the ground. “[In these areas] there aren’t many streets where you’ll [see] a contemporary arts project, ever,” says Strange.

Each of the homes that Strange appropriates contain within them a multitude of stories. Many are foreclosed houses that end up in city land banks and are scheduled for demolition. The works Strange completed in New Zealand took place on houses scheduled for demolition after the earthquake in Christchurch. “There’s always a different case for each house,” says Strange. “Sometimes it will be brave people who let us work with them. Sometimes they’re restored, and sometimes it’s on the condition that we’ll fix the house up as well, but a lot of the time the house will be demolished after we’ve finished the work.” In Shadow (2015-2016), five site-specific interventions projected onto post-war, austerity era West Australian red-brick suburban homes that were scheduled for demolition at the peak of a mining boom, Strange symbolically erased the structures with black paint, rendering their familiar architecture unfamiliar to interrogate the notion of a utopic suburbia that had not only been forgotten, but was about to be destroyed.

“I’m not interested in making works about blight,” Strange says, remarking on the confluence of circumstances, both natural and manmade, that have primed these houses as unassuming canvasses for his work. In the artist’s most recent body of work, Island (2015-2017), Strange reconfigured the home as a desert island, both a place of solace and one of entrapment, by emblazoning three houses in Ohio with text: ‘SOS’, ‘RUN’ and ‘HELP’ (a rigorous research, archiving and documenting process accompanied its exhibition). “I’m not interested in passing judgment on communities and the circumstances there in any negative way. I’m making this imagery but I’m making sure there’s no negative impact on the community that the work is being made in.”

In each city, Strange plugs into arts organisations, land banks and community organisations. In the instance of his 2013 Burn Series from Suburban, in which a house was entirely engulfed in flame, the artist connected with local firefighting training academies and film students to partake in the process, from the burning itself to the documentation of the work. “There’s a large educational aspect to it,” says Strange. “A lot of the fees that we would’ve normally paid for the location were paid to the firefighting training academy.” Working in conjunction with local groups also helps to guarantee the safe passage of a litany of necessary permits, and Strange’s practice also helps to clear neighbourhoods of houses that have fallen into disrepair throughout years of neglect – something of a boon to the rest of the neighbourhood. “You can’t just set a house on fire,” he laughs. “A lot of boxes need to be ticked.” The experience is ultimately an edifying one for the town where Strange and his team embed. “The whole process is kind of like a film shoot. Generally speaking, people get quite excited about it… [These projects] just can’t happen without a level of buy-in locally and people embracing us being there.”

One day in 2014, Strange received an email from a fan. The designer Virgil Abloh, then in the nascent stages of building his now hype-behemoth label, Off-White, wrote to the artist to express his admiration of Strange’s work “entirely out of the blue”. The two entered into an ongoing correspondence, one that continues to this day. “We were talking about doing some projects [that], in my CV of projects that have never happened, would be very impressive,” says Strange. “We’ve had this thread [or] this theme that we’ve been attacking in different ways.” After years of big picture conversations, an opportunity finally arose for the two to collaborate in a more tangible sense. Abloh, himself a trained architect, charged the artist with creating an installation that would provide the foundations for the designer’s first Australian Off-White outpost in Melbourne. The store opened in November last year, and forms the first part of an ongoing collaboration between the two creatives, both within and outside the realms of Abloh’s brand.

“I’ve never collaborated with a brand before, but I wouldn’t even consider [it] a brand,” Strange says of his working relationship with the  designer, who perhaps more than any of his contemporaries has come to exemplify the multi-hyphenate, peripatetic young professional whose career is no longer bound to an office; whose life is lived out of airports and on iPhones; and for whom the idea of a permanent home also appears to be entirely elusive, at least for now.

“We’re making the sculptures that we wanted to make – the deconstructed homes that I’ve been making for a long time,” says Strange. “He does what everyone is doing now, which is making at the speed of culture, which is a lot faster and in real time. It’s an exciting thing to see.”

Ian Strange will appear as a speaker at TEDx Sydney on Friday June 15. More detail about the event, including other speakers and ticketing information, is available here.

Tile and cover image: Courtesy of the artist 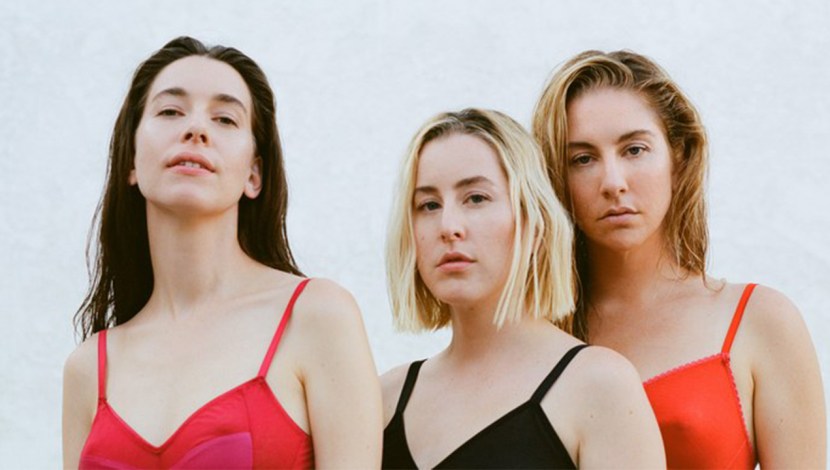 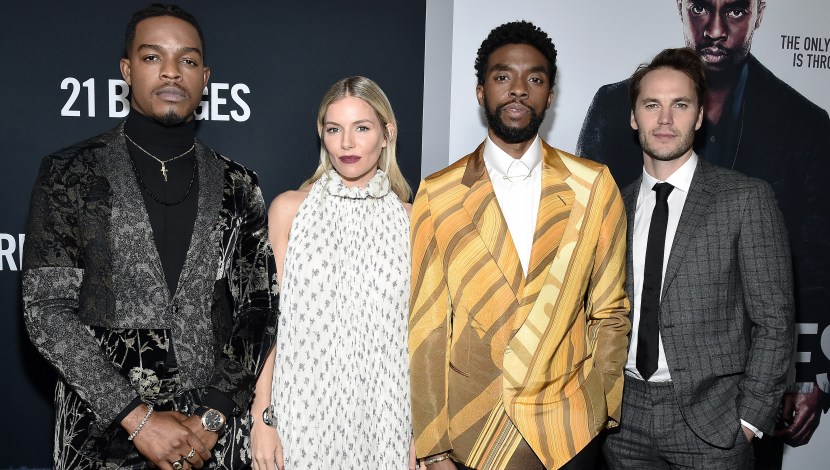 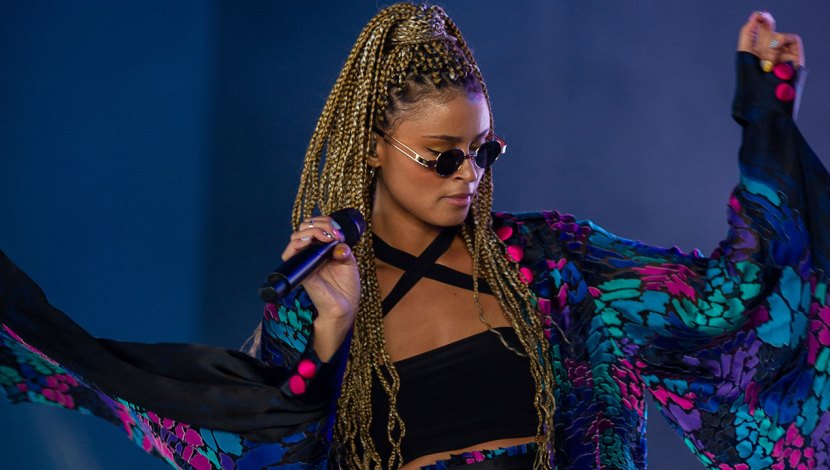 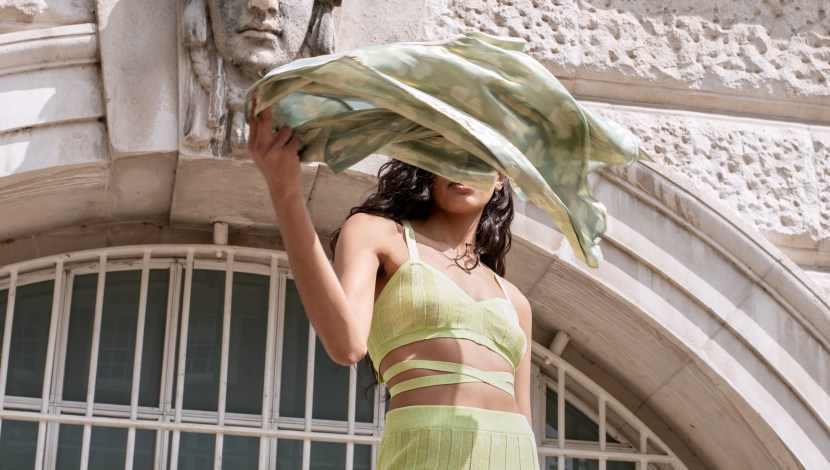 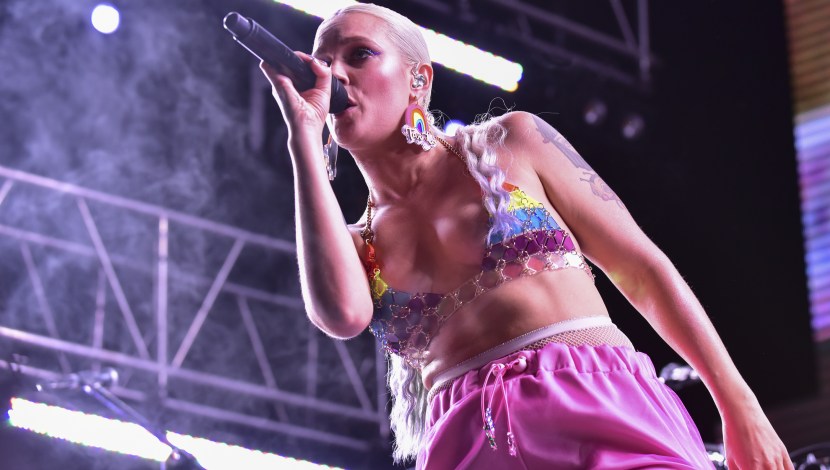 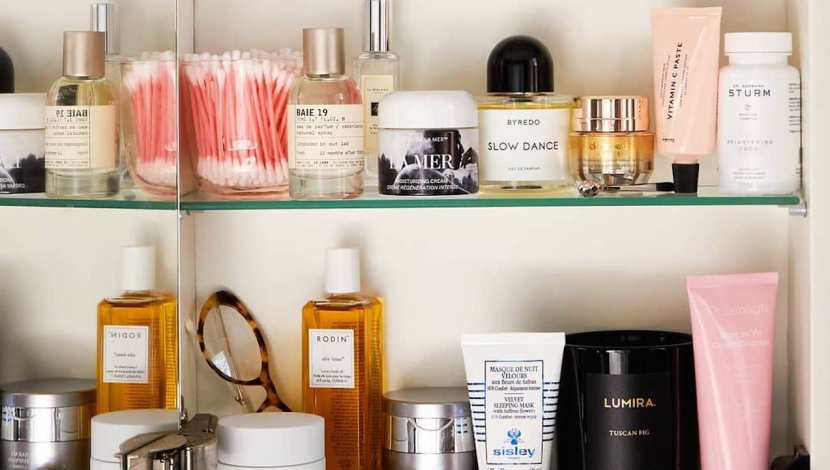