I’m A Mykonos Veteran, And Kendall Jenner’s Thong Heel Is A Greek Tragedy Waiting To Happen

Kendall Jenner wears a thong heel out in Mykonos, but is the spindly heel really appropriate for those perilous cobblestones and rocky outcrops? This editor thinks not

I have been to Mykonos more times than I can count on two hands. From my first trip as a green 18-year-old to my latest escapade as a (slightly) more mature 32-year-old, I have been going back to the hedonistic Greek Island for some 15 years. I know the tabletops of Nammos like the back of my hand, can recite the Spilia menu off by heart and can tell you the exact coordinates of the Louis Vuitton store in its impossible labyrinthine-like town. I am also very well-versed in the precarious terrain of the Greek isles. It is unstable, unsteady and unsafe – and that’s the paved part. Godly earth it may be, there are cavernous cracks, loose gravel, rocky outcrops as far as the eye can see – it’s enough to roll anyone’s ankle even in ortho-friendly shoes. Add a spindly heel to the equation and you’re basically booking yourself an appointment at the Mykonos medical centre – which, for the record, is not great.

I learnt the hard way; my early years marked by a fierce determination to still look my glamorous best while quite literally dancing for my dear life in a pair of ridiculous heels. I took many a tumble, many a turn. I still have a battle scar from a late night / early morning stumble from Cavo Paradiso which involved a chicken coop, a gyros and a pair of gorgeous tan Nicola Finetti stilettos. Even recently I flirted with the idea of what I thought was sensible footwear – a kitten heel – seems safe enough, I thought. Just a little elevated off the ground, its heel was a little more robust than others. But alas, I learnt even that deceptively low heel is high-risk in Mykonos as that treacherous terra firma won again, confirming my belief that all soles in Mykonos should be flat (but not too flat, because even that is destined for Greek tragedy). A grippy tread, a chunky sole, a supportive flat; basically any kind of slide, flatform – even wedge that is not slippery-soled and vertiginously high is Mykonos-appropriate.

So when I saw Kendall Jenner prancing around Mykonos town in Simon Miller’s glossy black Beep Thong Heel (and now Bella Hadid in the white version), I shuddered. There she was, leaning against the white-washed walls of the Bonbonniere Club in a floral summer slip and shiny black thong heel. Kendall, no! That’s just the type of heel those hungry cobblestones will guzzle up, throwing off any kind of equilibrium and sending you to straight to the floor and into a Mykonos moon boot (read: not chic). 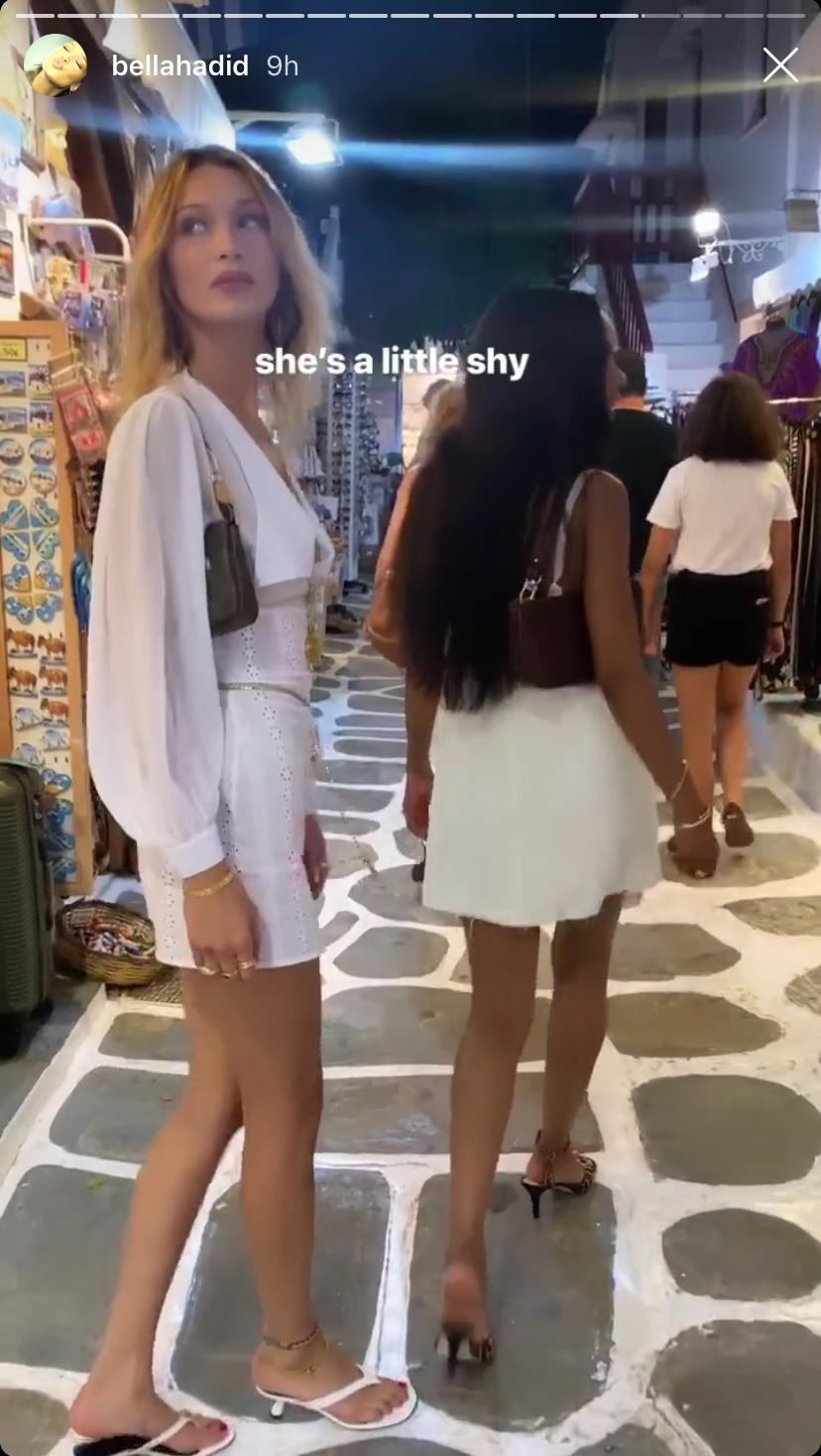 Now don’t get me wrong, I love a heel, particularly a thong heel (who has seen a very successful revival as called by us a couple of months back), but not in Mykonos. Not in any other island. Don’t do as the ritzy, glitzy and rather foolish patrons of Mykonos do and cavort the island in fall-ready footwear, some of whom can even be seen ploughing through the soft white sand of Nammos in a YSL Tribute (true story). With both age and burgeoning wisdom, I have realised the age-old ‘appropriate footwear’ axiom is all but true, and am campaigning for safe, suitable footwear on the Greek Islands. 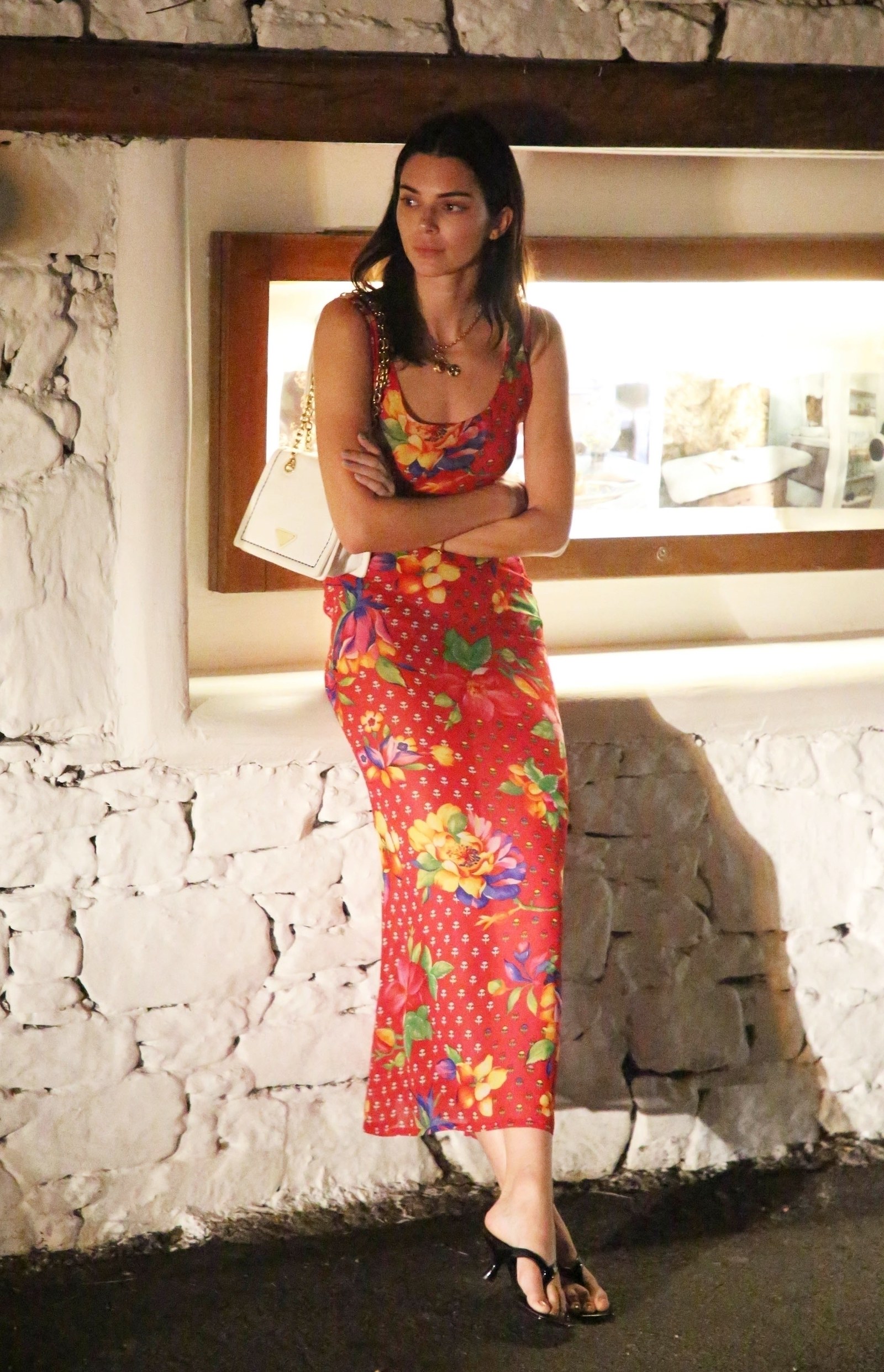 So should you be joining Kenny and co. in Mykonos then consider the following suitably stylish and cobblestone-friendly options, which include a flatter flip flop and a secure, wrap-around gladiator sandal (very fitting, don’t you think?). Or, if you’re a daredevil like Kendall, you can shop the exact shoe below – just go forth with stability and strength. Godspeed. 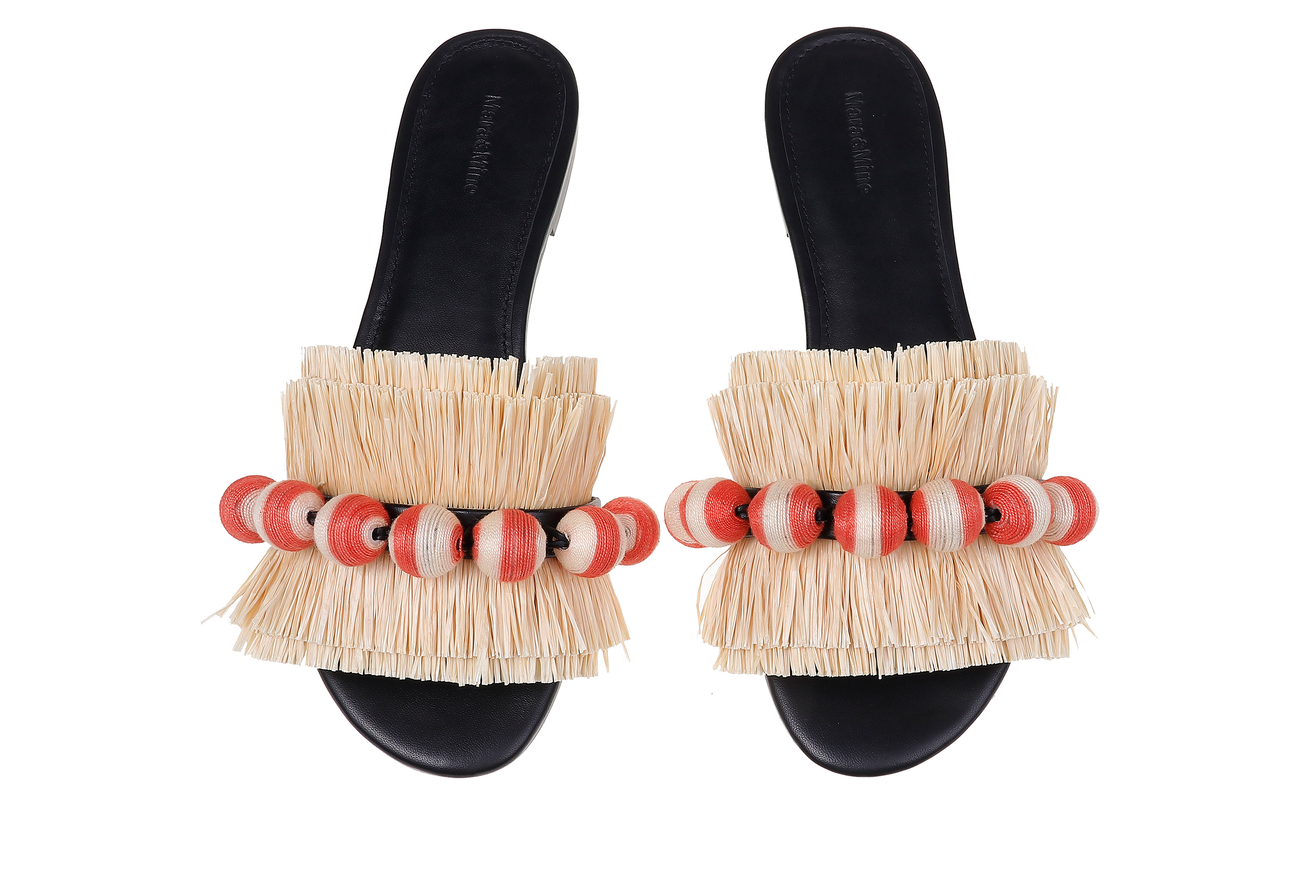 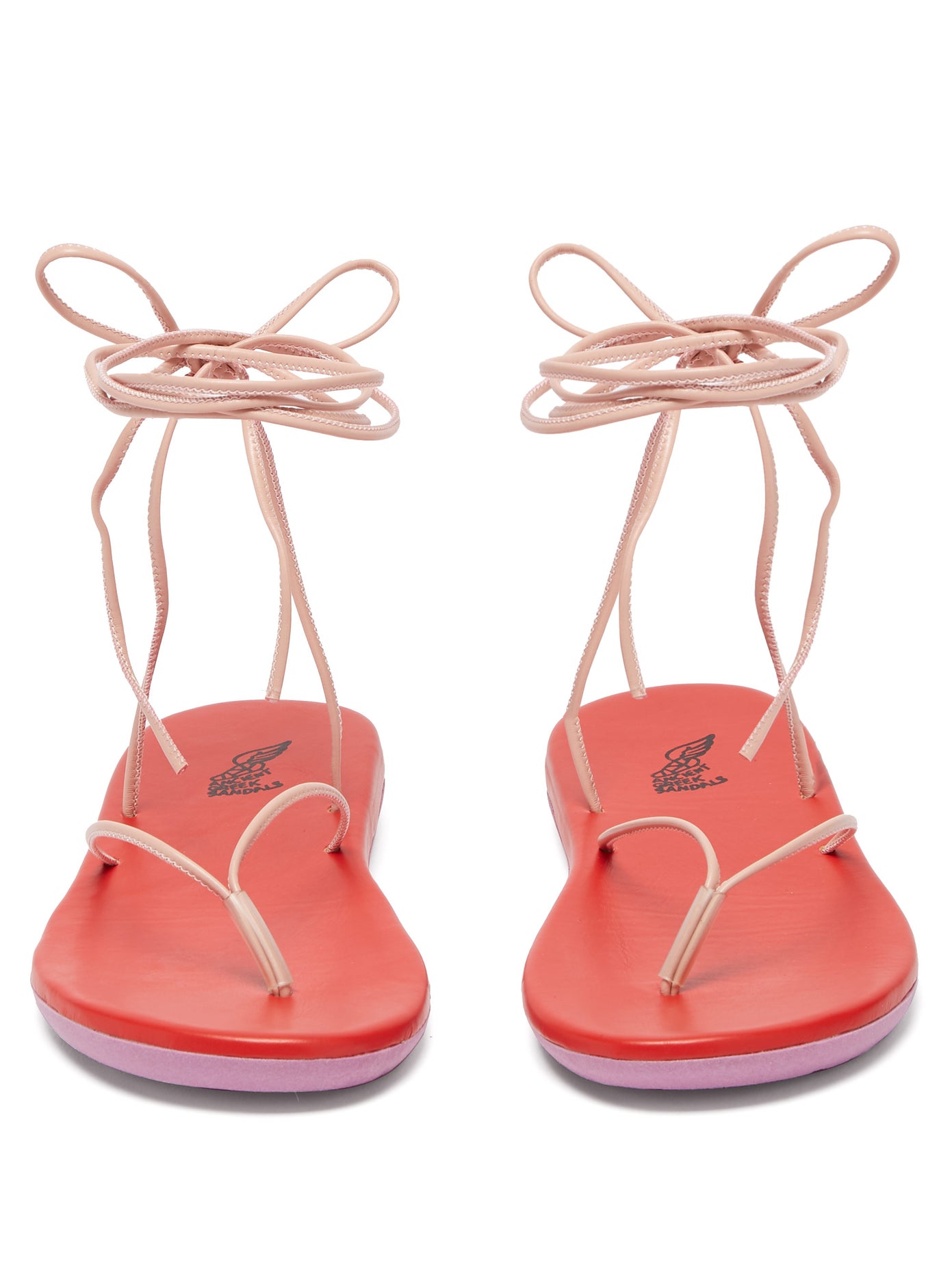 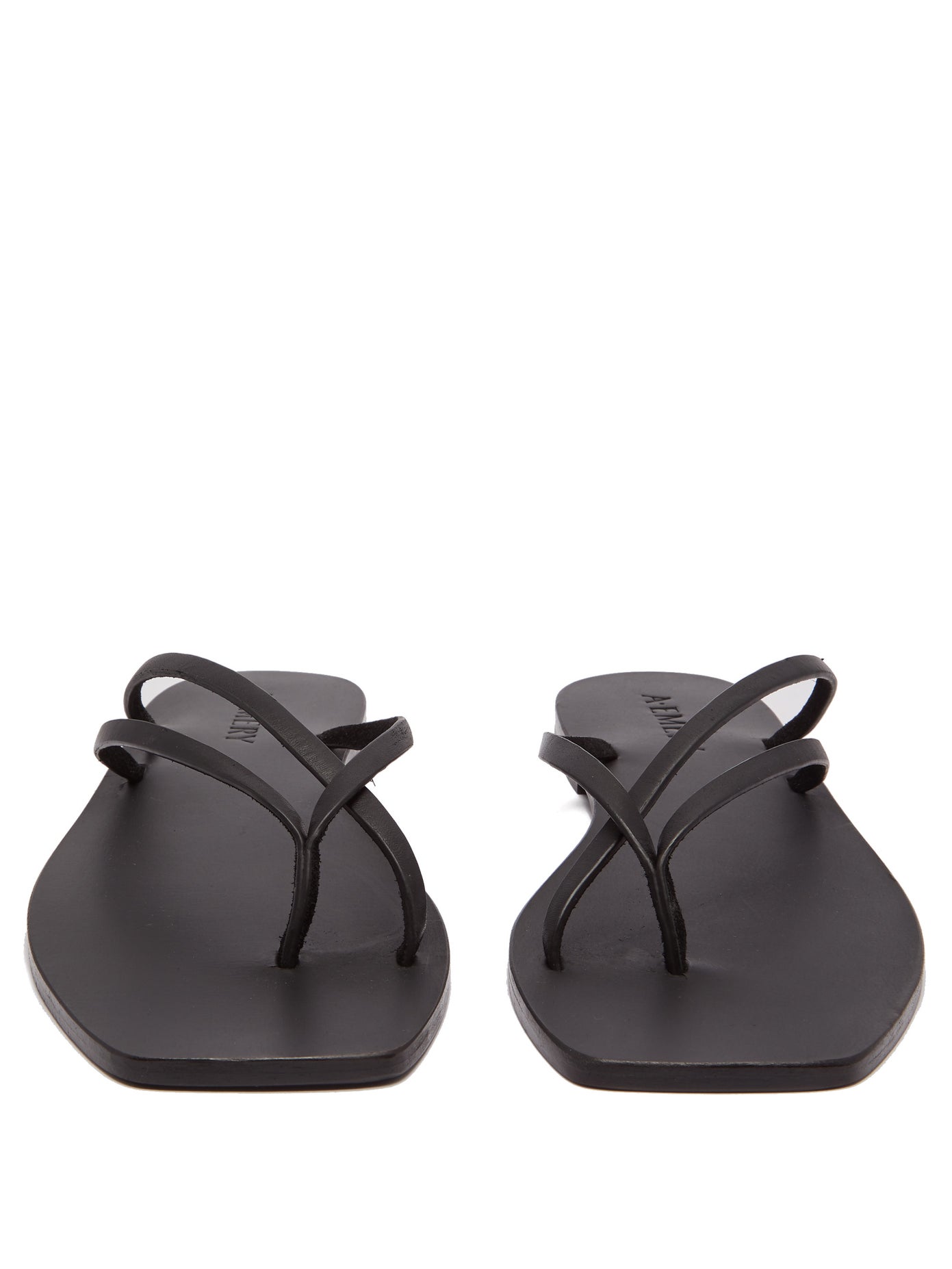 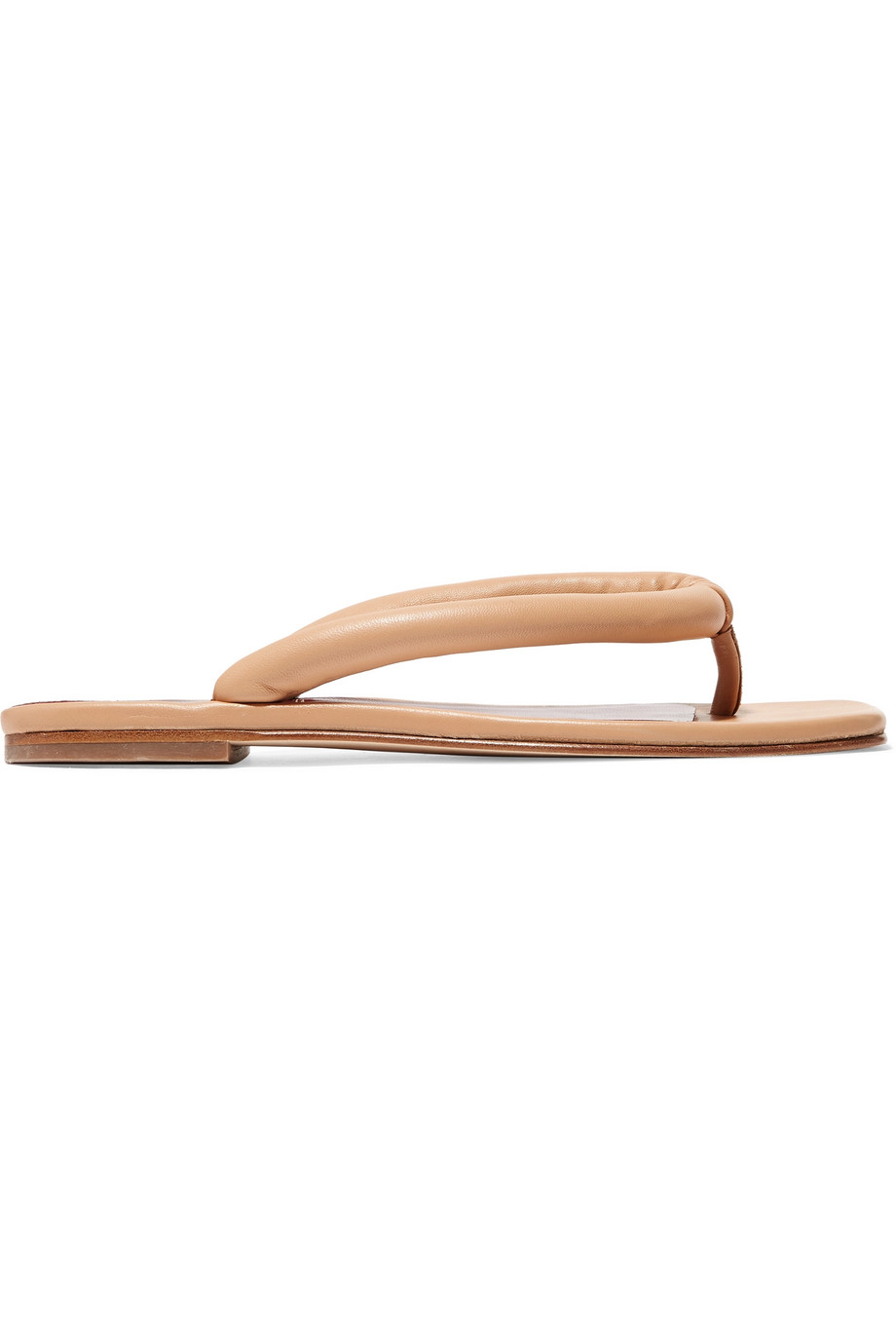 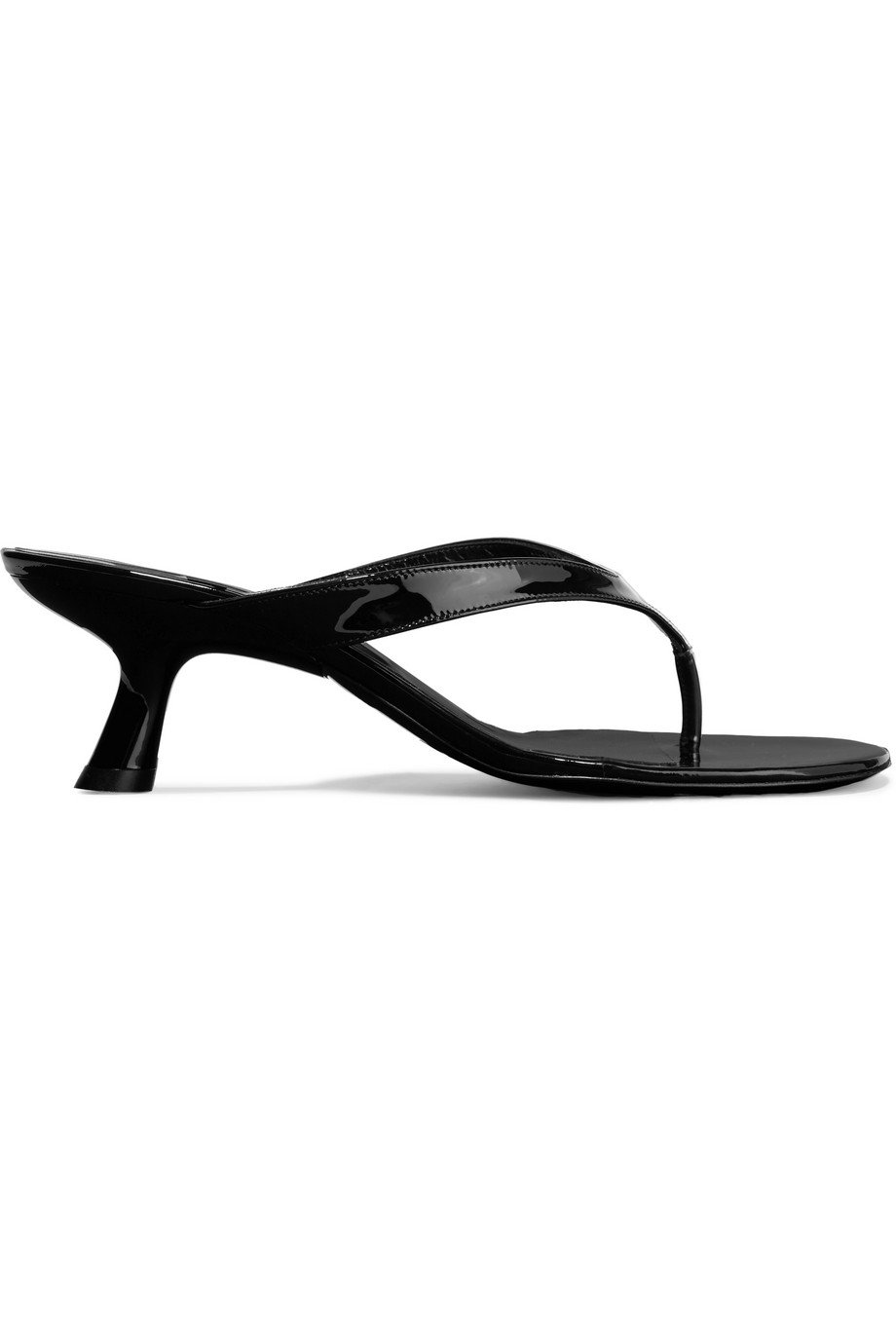 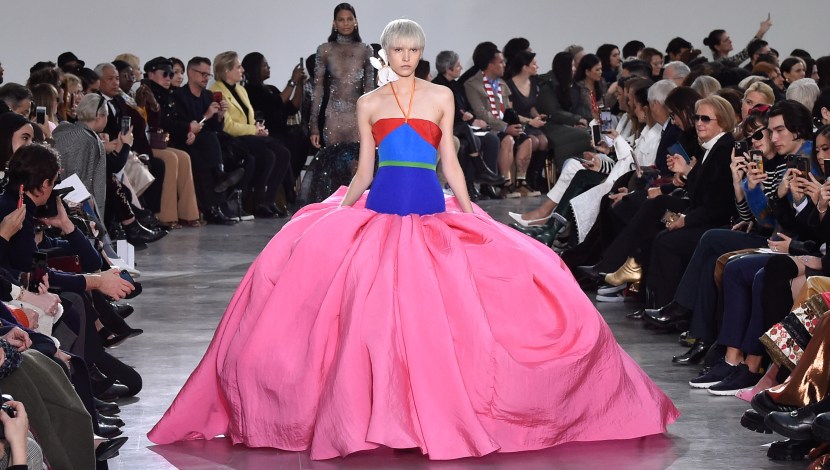