The Death Of A Legend: Karl Lagerfeld Dies At Age 85

The father of fashion takes his final bow

Karl Lagerfeld – the father of fashion – has passed away in Paris. He was 85.

Details have not yet been given on how he died, but Chanel confirmed the news of his passing on Tuesday evening. The designer is said to have been working right up until his death, even advising his team ahead of this Thursday’s Fendi show for Milan Fashion Week.

Arguably the world’s most prolific designer, the death of the German-born, Paris-based visionary leaves an immeasurable hole in the heart – and soul – of fashion.

After beginning his career with Pierre Balmain in 1955, Lagerfeld went on to join Chanel in 1983. 36 years later – a record – Karl Lagerfeld dies as not only Creative Director for the house of Chanel, but also Fendi and his own eponymous label. In January, his absence from Chanel’s Haute Couture show sparked rumours of ill health, and today’s sad news confirms what we’d all but feared: the death of an icon.

A legacy which is as difficult to quantify as it is to fathom – as the shock sets in, the tributes flow. Longstanding Chanel hairstylist and friend, Sam McKnight surmised it simply, yet beautifully. “Dear Karl, it has been an enormous pleasure. I’m honoured to have known you.” While designer Henry Holland wrote: “‘To design is to breathe, so if I can’t breathe I’m in trouble’ RIP.”

The end of an era for Chanel – and fashion, rest in peace, dear Karl. We are truly heartbroken. 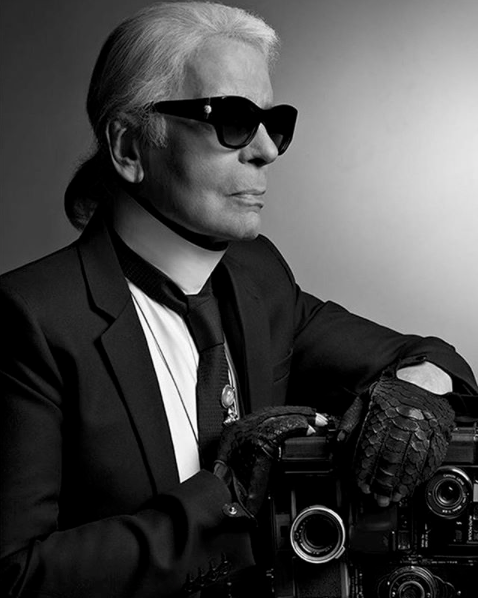